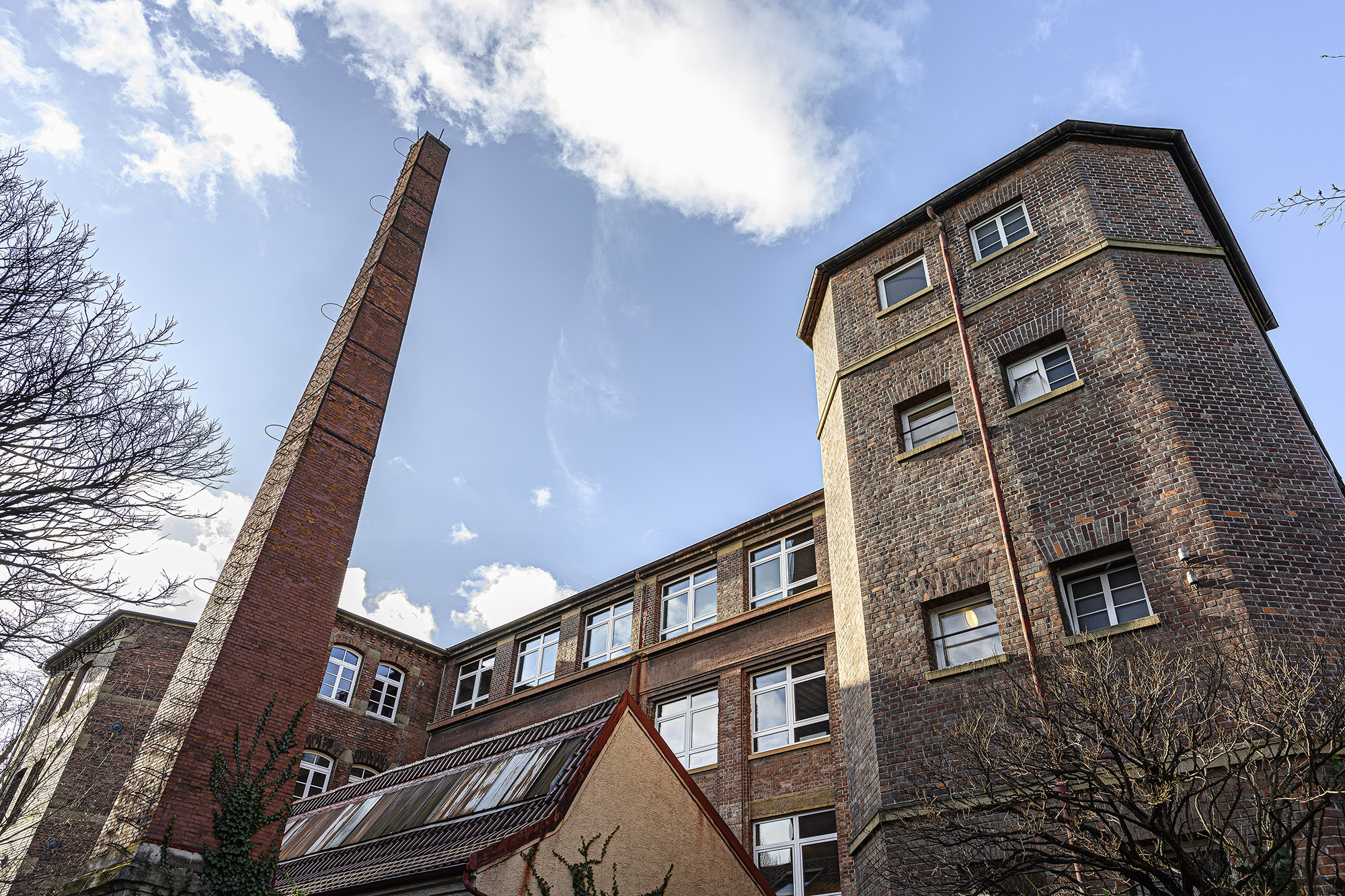 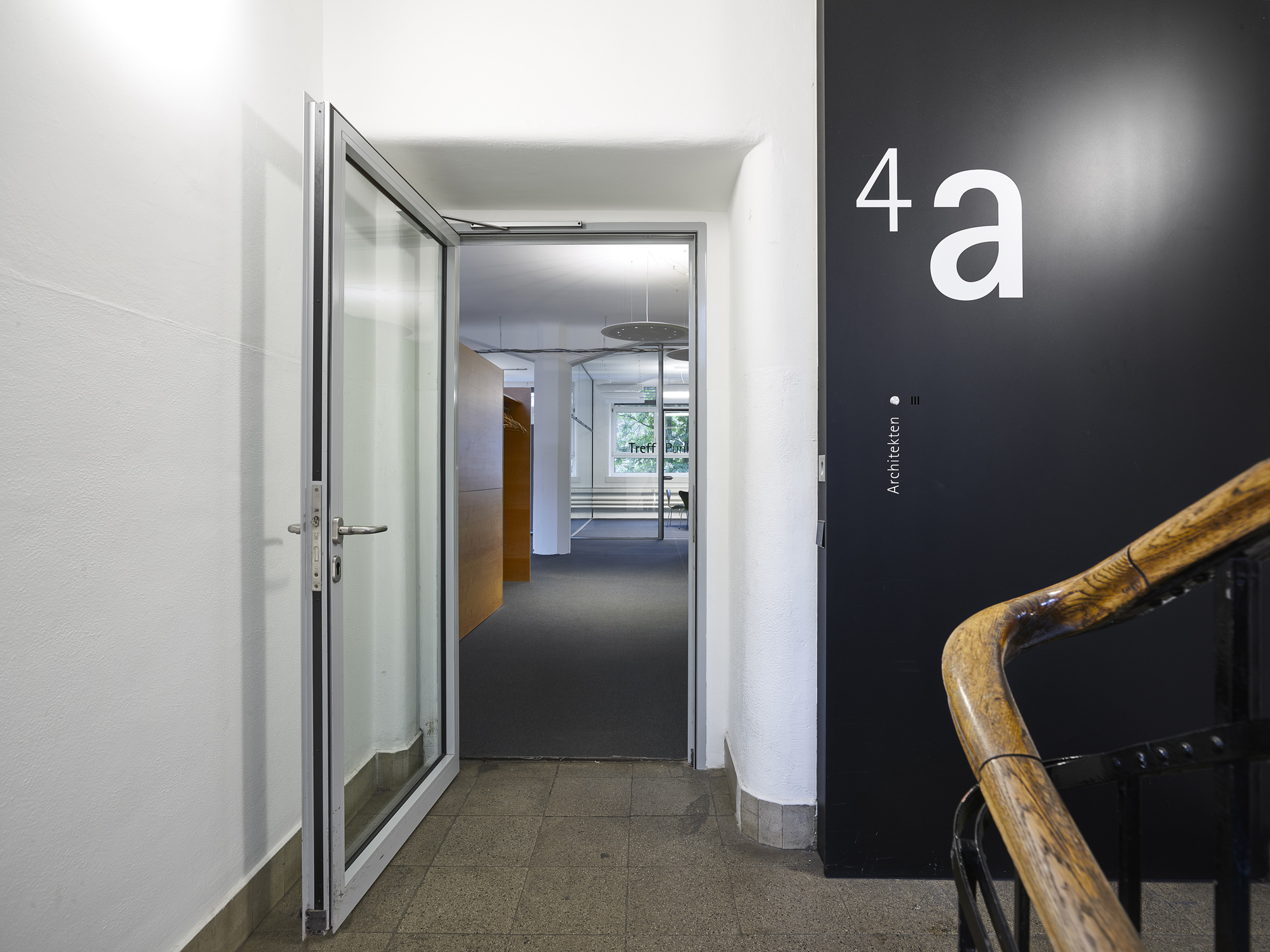 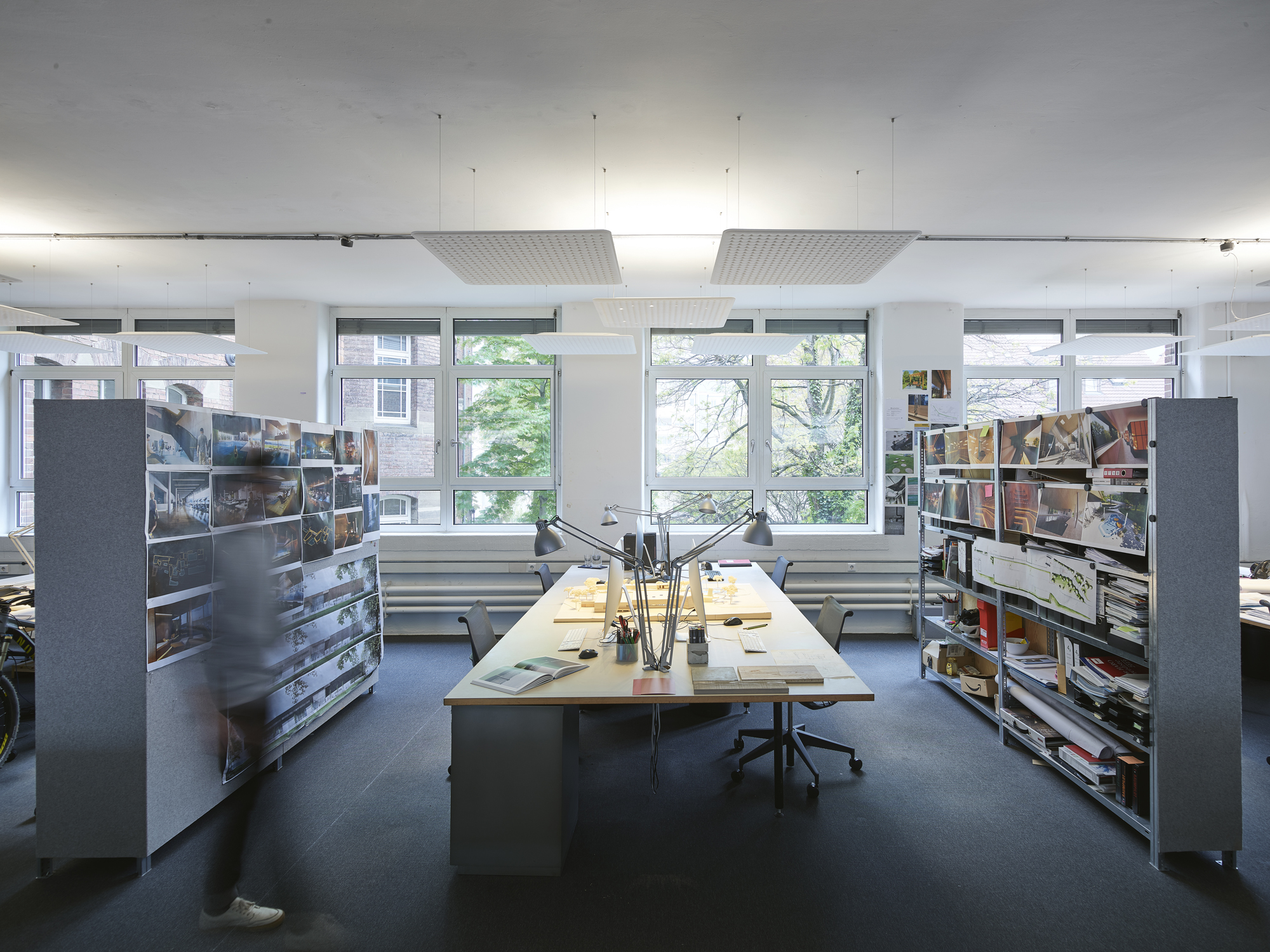 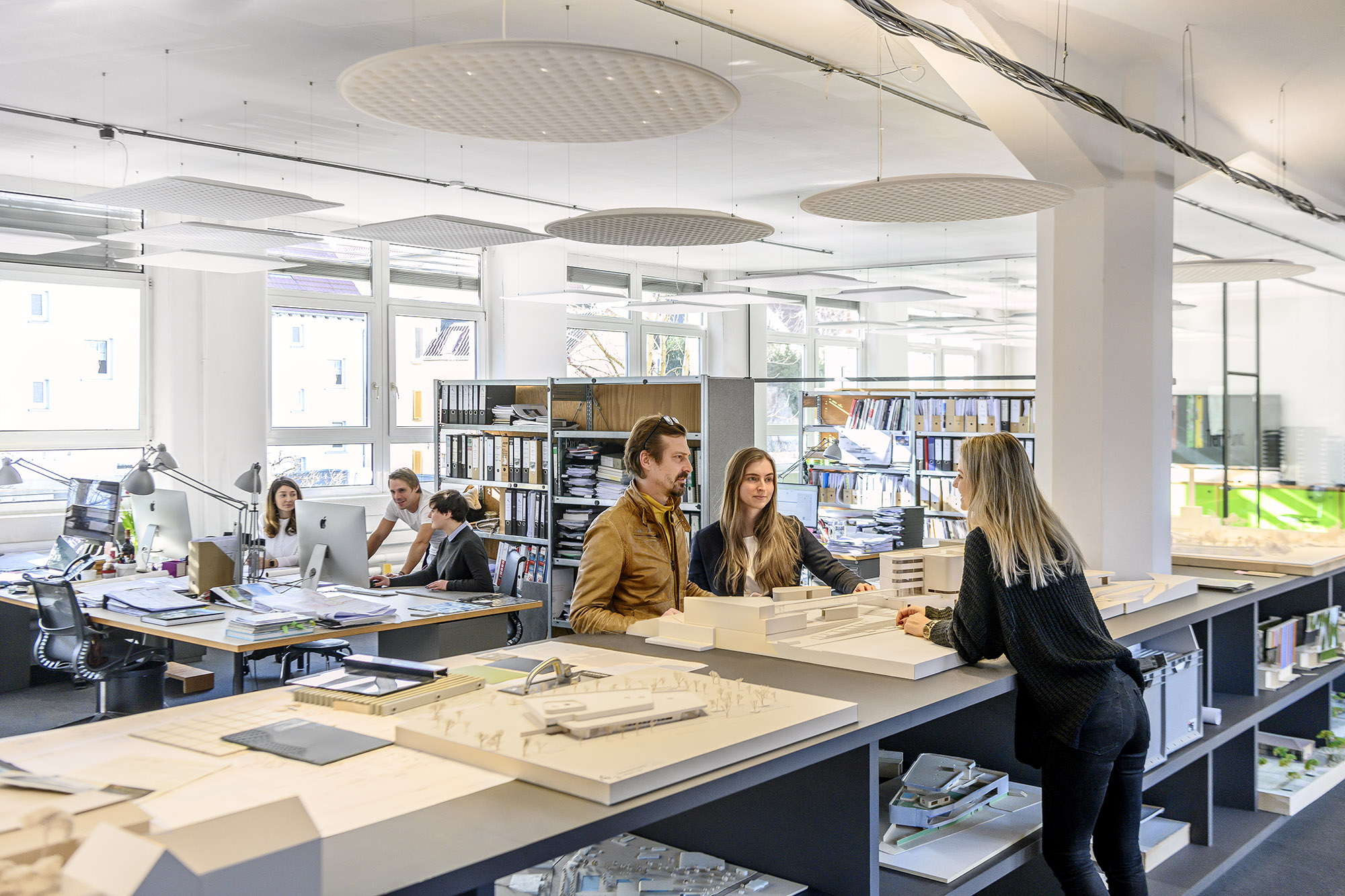 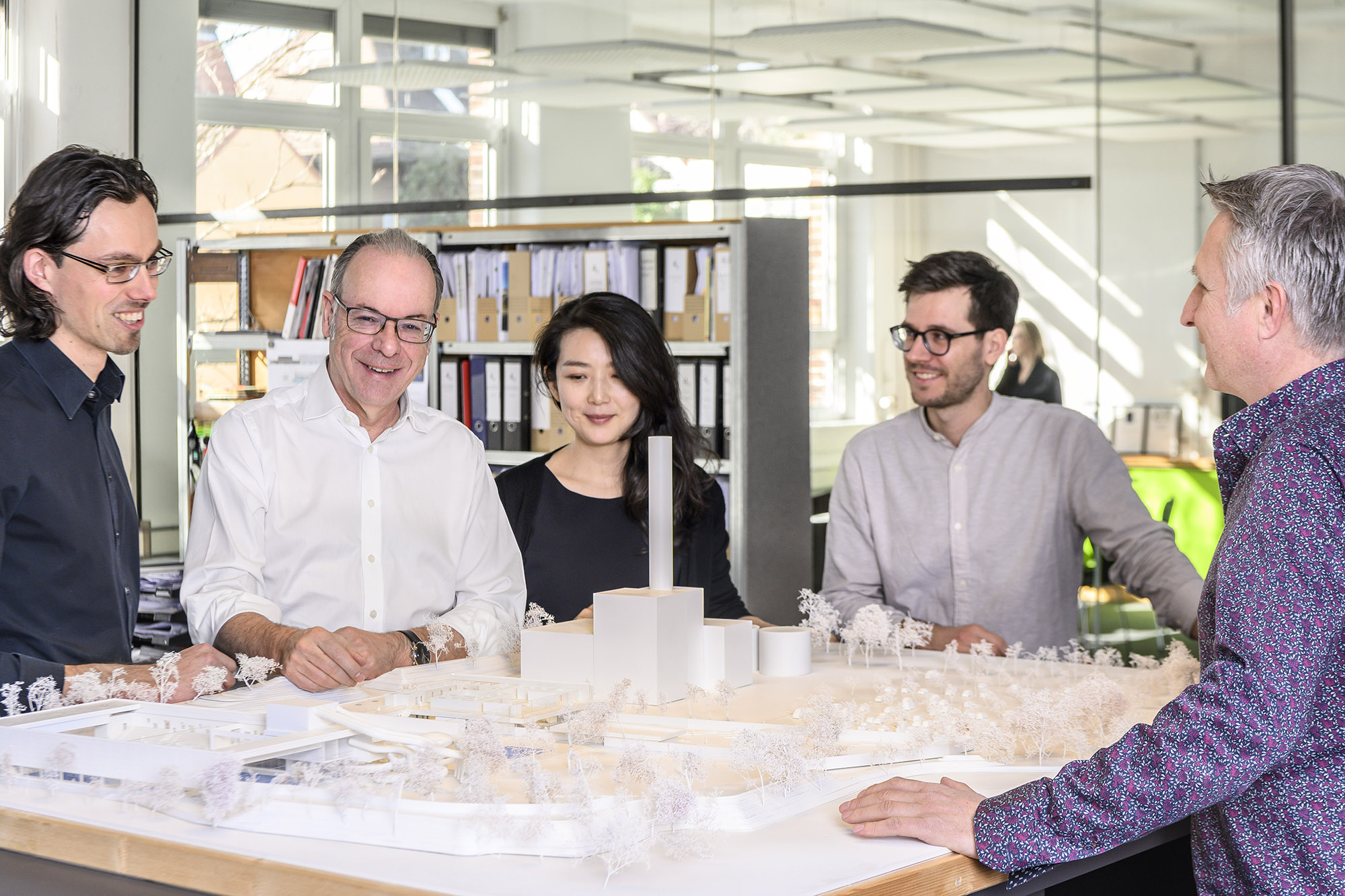 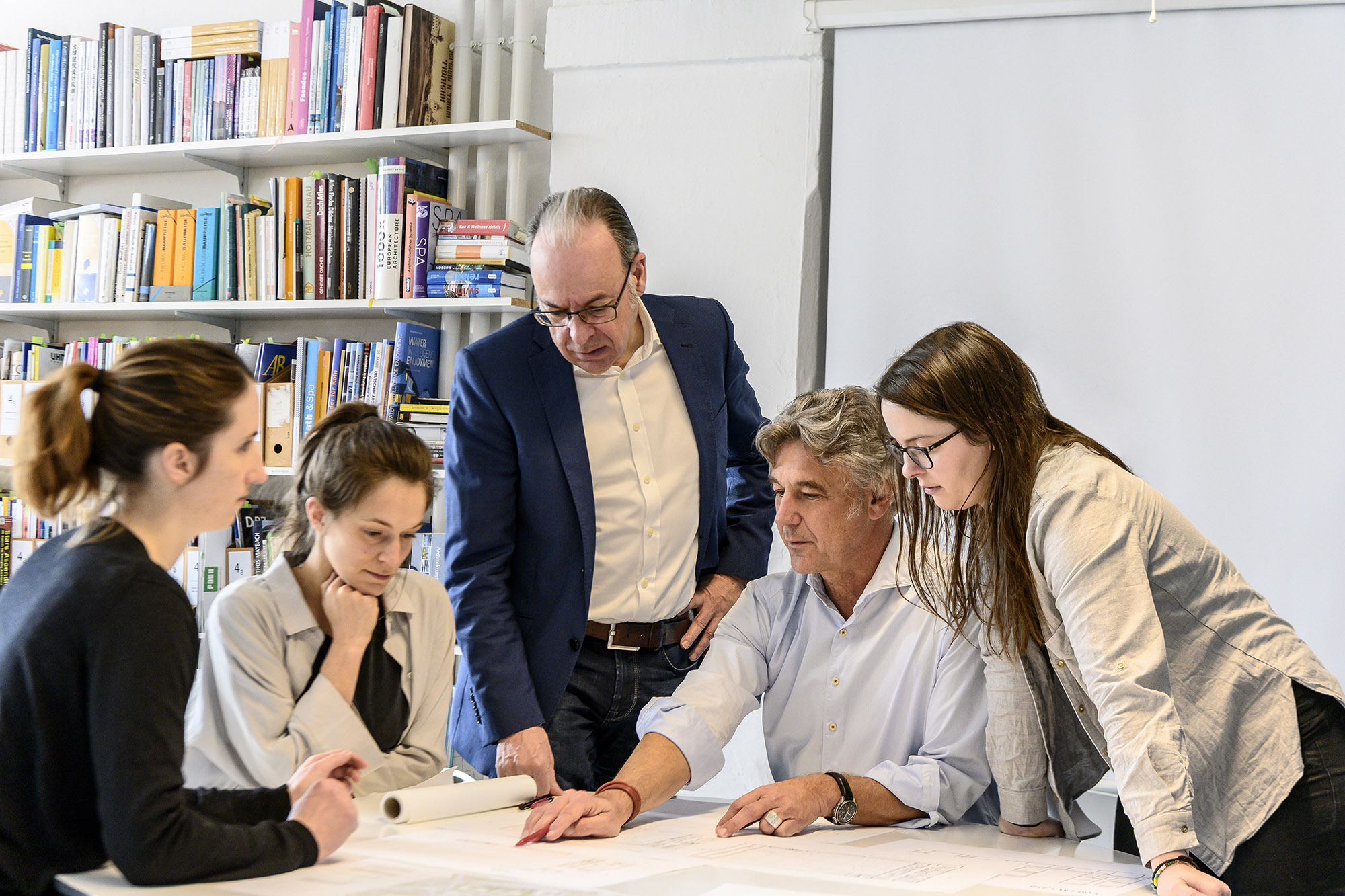 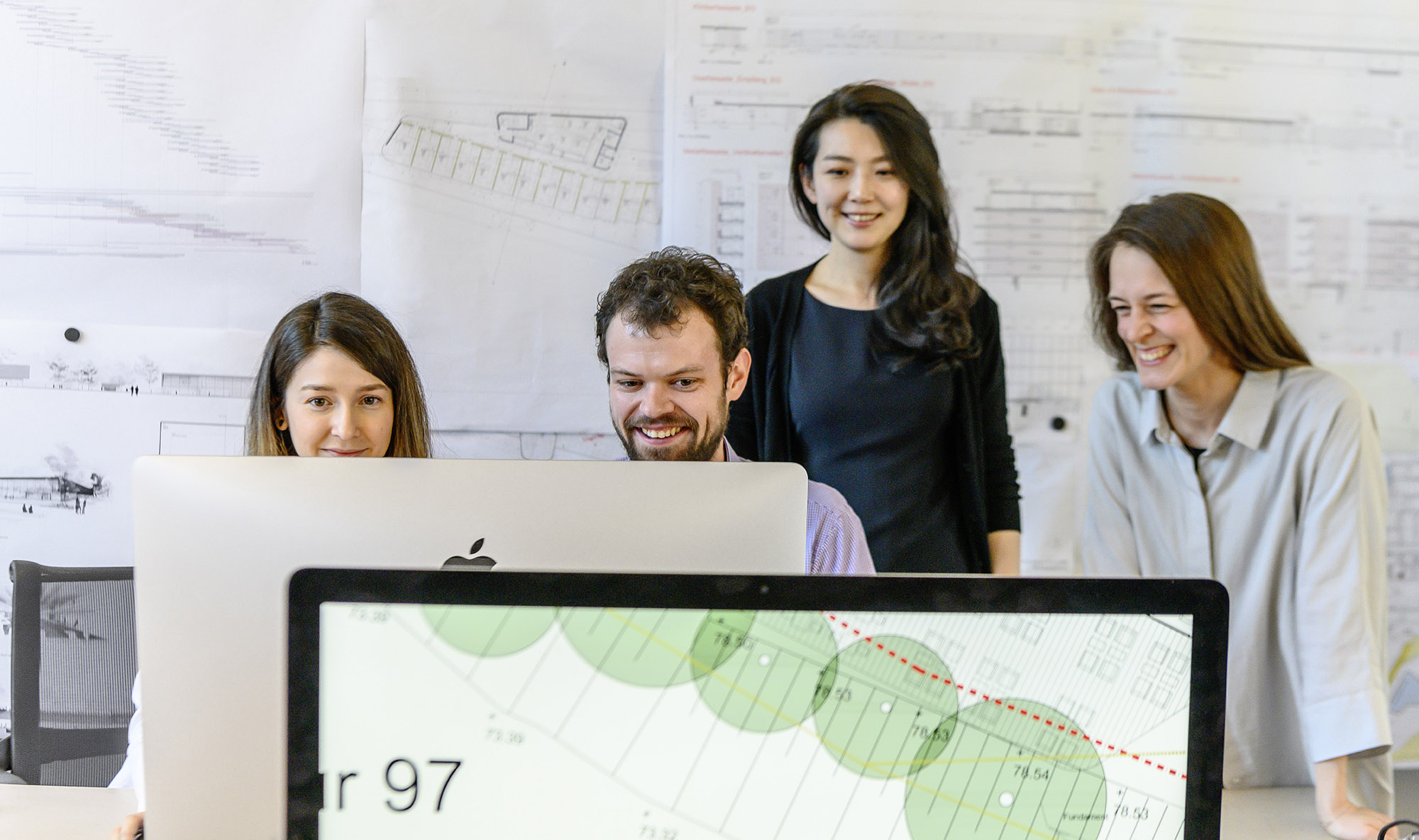 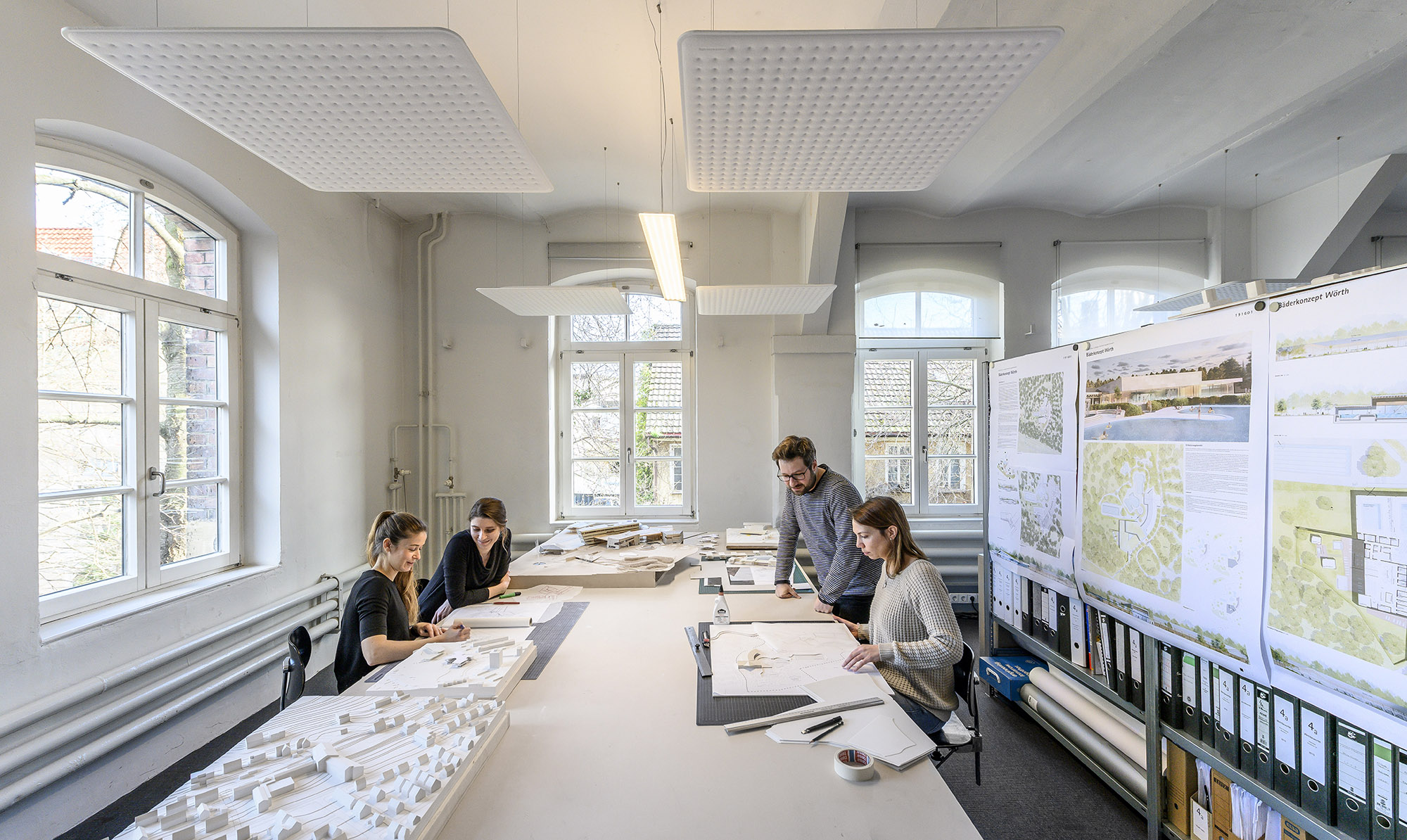 We could not describe it better, so we quote Wolfgang Bachmann from the book "4a Architekten: Placing places, creating spaces, giving light, showing colours":

...„They set up their office in Stuttgart-Bad Cannstatt on one storey of “Prima Donna”, the former “Wilhelm-Mayer-Ilschen Corset and Hosiery Factory”, a kind of creative quarter which is home to graphic artists, musicians, communications agencies and media producers. There is plenty of space behind the old brick façade, and a loft that easily accommodates a few plans being spontaneously stapled to its walls. There are models in every room, mostly entire bathing landscapes along with their surroundings. The place where seamstresses used to throng and make stiff, neat bodices is now where airy, open architecture is created. Their former boss once came to visit them in their new office and remarked that the carpet was too black. That was Günter Behnisch. It all started with him.."